Strategic Data Across the Emergency Management Stages: How Dragging Three Lifeboats Across Antarctica Can Help You Recover from Disasters 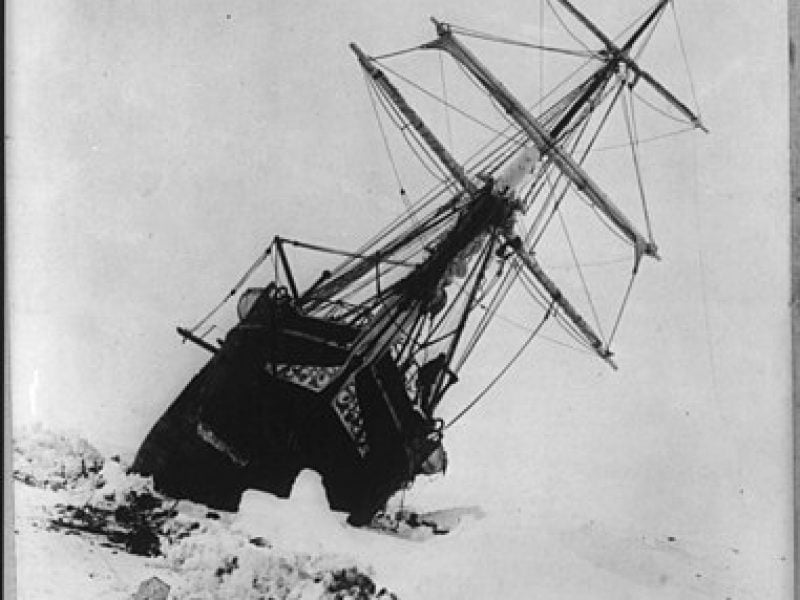 What data do heroes use for recovery?

Nobody was lost when the Antarctic pack-ice finally splintered the Endurance. The immediate threat to life ceased when Sir Ernest Shackleton's crew escaped before the Weddell Sea swallowed their ship, so the explorer-turned emergency manager shifted into recovery mode. Between his 27 shivering, wool-clad, hobnailed men and the normalcy of their English fireplaces lay nine thousand miles of treacherous, open ocean.

Shackleton faced what FEMA calls "the recovery continuum," a multi-step, post-disaster establishment of a new normal. Leading one of history's "most successful failures," he is famous for implacable confidence. Optimistic determination was a deciding factor in the ultimate survival, but character is not enough to restore a community. Critical information is essential, and the "Boss" knew it. To rescue the stranded team, he needed:

Who's on your crew and what can they do?

Shackleton personally selected expedition members based on their ability to withstand the extraordinary rigors of the Antarctic and their skilled expertise. After camping on the ice for six months, the men "escaped to the sea" in three small lifeboats. Frank Worsley was not only the ship's captain but a consummate navigator. Using only manual instruments, he guided the boats for three days and 400 miles to the barren, remote Elephant Island. By no means "normal," it was still a significant step towards it.

Shackleton selected five men to accompany him for a desperate attempt to reach help at the South Georgia Whaling Station. The talented, resourceful carpenter, Henry McNish, did what he could to outfit one of the 22-foot lifeboats for an open-ocean traverse using lumber scraps salvaged from the Endurance.

Worsley accurately directed the 800 nautical mile voyage, though virtually unable to take measurements due to constant pitching and storms. They landed on South Georgia two weeks later and Shackleton again selected specific team members for the grueling 36-hour hike across the island. Reaching the whaling station was his next step to recovering the men left behind. Without "the Boss's" understanding of Worsley and McNish's skills and the grit of the James Caird crew, recovery would have been impossible.

Emergency managers rarely handpick or know all those participating in large recoveries, but they are responsible for coordinating crews according to skills and training.

Will your supplies run out?

Knowing what material resources are available and their acceptable burn-rates is an essential component of recovery. Shackelton assessed supplies and rigging before the Endurance sank to salvage what might help the rescue. He appointed a sailor prone to hoarding as "chief of supplies" to ensure nothing was wasted. He continually evaluated and adjusted food and supply use rates to avoid starvation.

Clipboards and pencils are history

Shackleton's knowledge of his team and available resources was critical in the historic recovery. Collecting and using this information would have been far more challenging had the crew been larger. Emergency managers often coordinate multiple government agencies, nonprofit, charitable, or business relief efforts. Hundreds or even thousands of responders, technical experts, contractors, and volunteers may participate. They have to organize equipment, supplies, shelters, food, and water. Modern recoveries may also depend on one component Shackleton did not have to deal with - documenting resource use for cost reimbursement.

Lack of funding leaves most managers with paper-based processes or patchwork technology that poorly integrates with siloed or legacy systems. These analog, outdated tools fail to produce complete data.

"We are still a predominantly analog industry."

Are you still using Shackelton-era tools?

Sir Ernest Shackleton made four attempts before reaching the men waiting on Elephant Island, but not a single man was lost. With knowledge of his crew and management of available resources, Shackleton reunited them all with loved ones instead of allowing them to perish horribly in Antarctica.

In 2013, five modern explorers recreated Shackleton's James Caird voyage from Elephant Island to the South Georgia Whaling Station. They sailed an exact replica of the historic lifeboat and relied on rudimentary navigation instruments. Continuing to use early 20th-century tools may have produced Chasing Shackleton, one of the most fascinating documentaries ever made, but it's no way to scale modern emergency management in 2022 - when digital technology is helping victims recover and build their new normal.