Strategic Data Across the Emergency Management Phases: How Climbing a 3,000-foot Rock Without a Rope Can Help You Mitigate Disasters 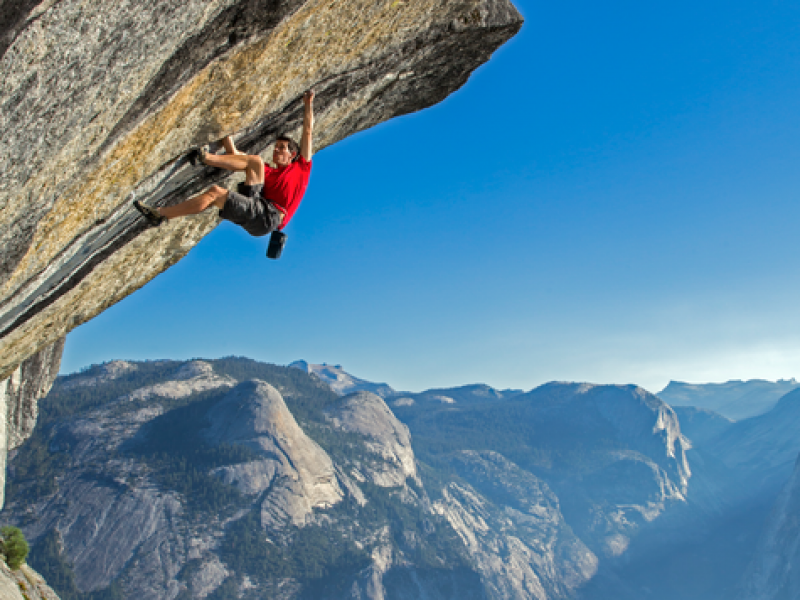 Not for the acrophobic

The next time you have a free minute, ask your colleagues if they've watched the film Free Solo, then sit back and enjoy their reactions. Even just watching the film is not for the faint at heart. Filmed by award-winning E. Chai Vasarhelyi and world-renowned photographer and mountaineer Jimmy Chin, the National Geographic special follows 21-year-old Honnold as he prepares, then climbs Yosemite's 3,000-foot El Capitan without any equipment. At all.

A central theme is the perception of Honnold as an "adrenaline junkie." Listening to him, it becomes clear that he the opposite of a thrill-seeker - a poster boy for emergency mitigation.

"Reducing loss of life and property by minimizing the impact of disasters. It begins with…identifying risks and developing long-term strategies for protecting people and property from similar events. Mitigation plans are key to breaking the cycle of disaster damage and reconstruction."

"If I'm feeling adrenaline, something has gone horribly wrong."

Comparing his El Cap ascent with Half Dome nine years earlier, Honnold explained how mitigation became the core of his ethic as a climber.

"I have a journal of everything I've ever climbed since 2005. For the entry about free soloing Half Dome, I put a frowny face and added some little notes about what I should have done better and then underlined it. Turns out that is one of my biggest climbing achievements."

What he could have "done better," according to Alex, was gather more information about problem spots on the route and train with a rope until "it became second nature." After Half Dome, the process of mitigation determined his feeling of accomplishment.

Systems based on "tons and tons of information"

"People think I just walk up to a sheer cliff and climb it with no knowledge of anything when in reality, there's tons and tons of information out there, and I'm already well tapped into it."

Emergency managers might object to calling death-by-sport a "disaster" or feel it's disrespectful to conflate Free Solo with fatal community crises. Nevertheless, they probably agree with his definition of mitigation as commitment to creating systems that reduce foreseeable risk.

What data and systems do you need to scale mitigation?

"Free-soloing makes up only a small percentage of my total climbing. But when I do solo, I manage the risk through careful preparation."

Honnold, Chin, and Vasarhelyi used data to build risk-limiting systems. They hand-selected their team and created a communication plan to minimize interaction with Alex as he climbed. They used hidden cameras and drones to film the three most challenging spots and avoid emotional pressure. Alex trained with protective gear and committed to memory (and notebooks!) each of his thousands of movements to eliminate as many variables as possible.

Emergency managers also need detailed information about their teams' credentials and skills. Unlike Honnold, who literally knew every millimeter of his 3,000-foot "disaster site," managers often have to hypothesize where they will respond. They can only be sure that they will need to manage disaster sites and control access.

While most managers are passionate about predicting and eliminating potential risk, they often depend on paper systems or patchwork technology that result in incomplete information about their teams and disaster sites.

Keeping track of crew credentials and special skills is a challenge for responders and managers alike. Systems are often legacy and siloed, complicating collaboration. Defining and securing disaster sites is difficult. Worst of all, documentation for recovery and mitigation funds are still prepared using thousands of manually captured entries on forms, consuming countless hours and resources.

Do you have a system to secure disaster sites?

"In a real sense, I performed the hard work of that free solo during the days leading up to it. Once I was on the climb, it was just a matter of executing."

Shortly before climbing El Cap, Honnold scaled the entire route with a backpack (and rope!) to remove rocks that might dislodge and harm the crew. It was the final step in his nine-year plan to eliminate foreseeable danger.

Beyond sweaty palms and heart palpitations, Free Solo has a great deal to offer emergency managers. It ends with a grinning, "so delighted" Honnold predicting that someone will watch Free Solo and dream about more challenging climbs. He knew that, however epic his ascent was, it would be eclipsed.

What does not fade with time is protecting lives - accomplished every day by responders and volunteers without being filmed or awarded. For them, anticipating and reducing the devastating aftermath of inevitable disasters will never be "just a matter of executing," the stakes are too high. Prioritizing mitigation modernization may not win accolades but reduces disaster impact on communities. This ethic of mitigation gives the lasting satisfaction of having "done the hard work" to always "do better."

Do this, and Tornado Alley experts (almost) guarantee you'll survive

How to make a join table with Liquibase and Gorm

A join table is the traditional tool used to define a "many-to-many" relationship in a SQL database. Here...