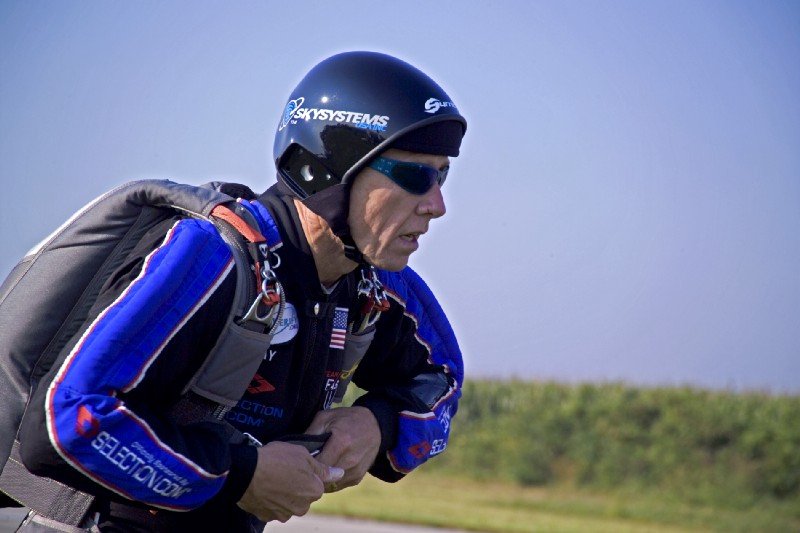 If you’re a skydiver, you know Jay Stokes’s name. He’s the former President of the USPA, after all. He came to professional civilian skydiving only after serving in the US Army for 24 years on the military side of the freefall fence, and in that time has earned a veritable gallery of certifications. (These certifications are above and beyond Jay’s two Masters’ degrees.)

Unsurprisingly, this stuff is darned impressive to look at in the Merit system. Thus far, Jay Stokes has logged a whopping 61 merits within Merit, making him the runaway winner for most merits earned. One of the many cool things about Merit is that every merit tells a story, and we’re suckers for a good story, so we called Jay up to get his insights on all these digital insignia. When we talked to him, it was just past 5 a.m. in his time zone. The early bird clearly gets the merits… 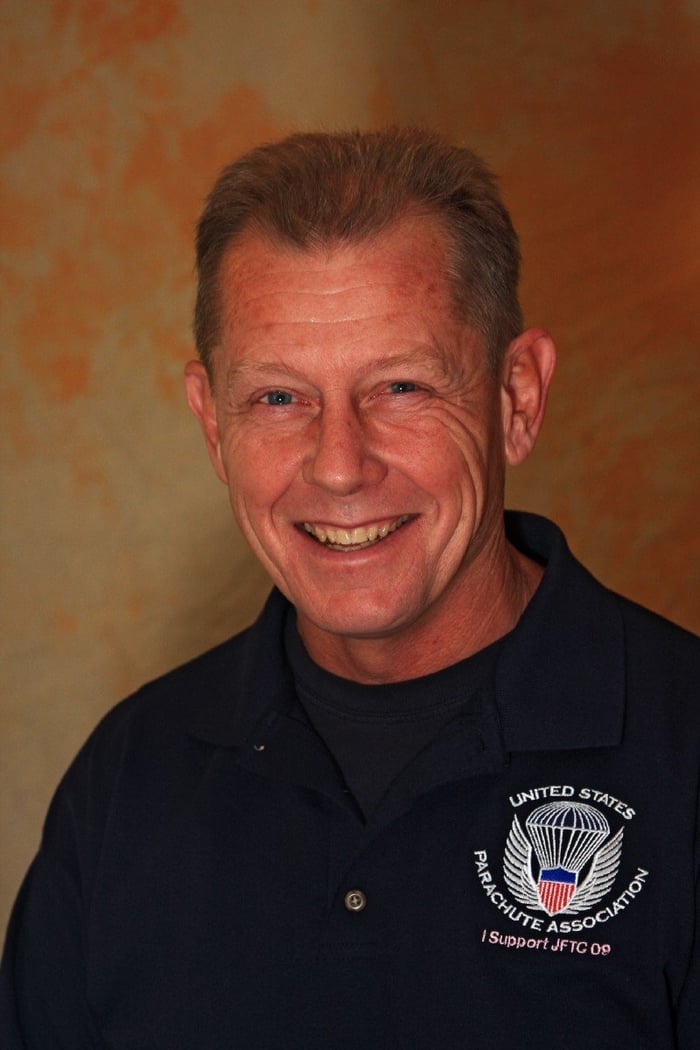 Us: First things first, Jay. How are you bright-eyed and bushy-tailed at 5 a.m.?!

Jay: I did 24 years in the Army, and even though I retired almost 20 years ago, early rising is one of those things that kept with me. I like moving around, getting my day started, doing a little physical training in the morning, and setting the tone for the rest of the day. Normally, I will bicycle anywhere from, say, 6 to 12 miles, and then I will also do some weight training. It just helps keep me on track.

Us: It’s clearly working …Your email address leads off with “most jumps”—How many jumps is that? How many jumps are in your logbooks?

Jay (laughing): It’s funny. That isn’t about the number of total jumps I have. I’ve logged just about 25,000 jumps, but that’s not most in the world. The most in the world actually belongs to a guy by the name of Don Kellner, and he has over 41,000.

The reason I use that particular email handle is because, in 2006—with the help of a bunch of my friends—I was able to accomplish 640 jumps in 24 hours at Skydive Greensburg in Indiana. That’s still an official Guinness world record. It wasn’t done as a grandiose stunt; we actually raised quite a bit of money for the Special Olympics, the Special Operations Warrior foundation and some other good charities.

It was very cool for me, that particular event, because it brought together a lot of my close, personal friends. It is pretty amazing to realize how many friends you really have in the world. 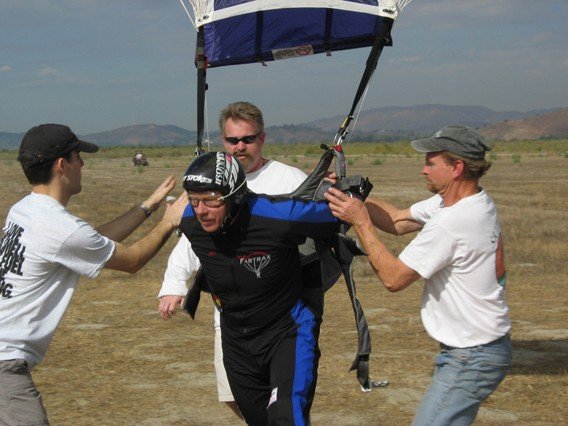 Us: We imagine that your 61 merits will hold the record for a long while, too!

Jay: You know, it wasn’t even my intention to set a record that way. It flows from the fact that, over the years, I have always applied for the different Merits and awards that have become earnable to me. I have always worked on my instructional ratings and things like that. So the “merits record” is not something I went out and tried to get; it just kind of worked out that way. I really wasn’t expecting it, so this is kinda neat.

Us: Which of those 61 records are you most proud of?

Jay: I’m probably proudest of my examiner stuff: teaching high-level teachers. I know that between 2002 and today, I have trained in excess of 10,000 teachers: coaches, instructors and examiners. To give a conservative estimate, I have probably trained about 500 solely in the examiner category. That’s my zenith, so to speak—the ability to work with other people at all levels, including that highest level. I’m an examiner not just for one discipline, but for all disciplines: Coach, AFFI, Static Line I, IAD I, and Tandem I. If you count PRO Exhibition, that’s five.

It’s kinda funny how that works out. I see that quite a bit lately because of the length of time I’ve served in the sport. I will be at dropzones and I will look and think, wow—I have trained 25% of this staff. The guys I haven’t trained were trained by guys I trained. That’s pretty exciting for me. It makes my day. 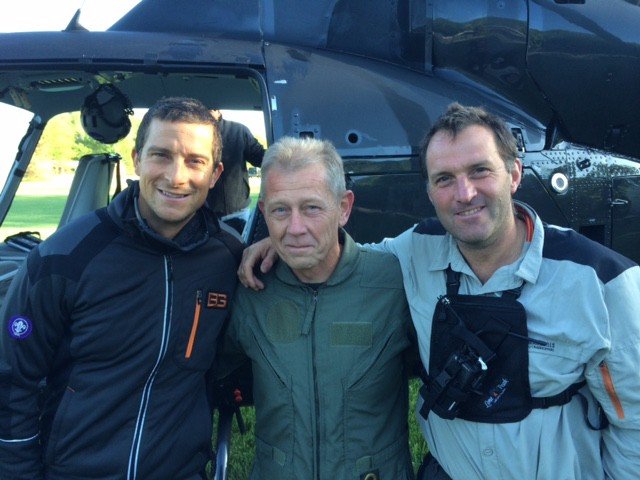 Us: If you were to look at the impact you’ve had—on the sport, over all these years you’ve been involved, and all the skydivers you have trained—what are the core values that you hope your work has instilled in the sport’s teachers?

Jay: To train and evaluate to standard. The standard is very specific. It’s in writing. It’s in black-and-white.

Along that same line: to be consistent. It shouldn’t matter if I’m working in California or if I’m working in New York State. The standard is what it is, and the consistency of the evaluation process should be the same whether I am doing it or some people I have trained are doing it or whether someone else entirely is doing it. It has got to be the same standard, and it has got to be consistent.

Us: Which of those merits was the hardest you have ever accomplished, and why was it such a challenge?

Jay: A lot of those merits simply represent the time and the effort you’ve put into the sport over the long run. For example, there’s a merit for 1,000 jumps; for 2,000; for 3,000; for a certain number of hours in freefall. I have over 334 hours of timed freefall, and every 12 hours there’s another merit. Those make up quite a few of the merits themselves, and they represent many years of dedicated skydiving. You can’t cheat those numbers, and you can say it’s a significant challenge to jump 25,000 times.

Us: That is one heck of a lot of jumps. What drives you to remain motivated in the sport today? With the amount of time that you have spent in the sport, it would be very easy to get burned out—but you clearly haven’t.

Jay: You are exactly right. I made my first jump back in October of ’74, so this October is going to mark 43 years for me in the sport. I have been a member of USPA for almost 40 years. I think what keeps it fresh for me is that I’m always doing something different.

Here’s what I mean: Right now, I’m in Indiana. I just ran a course for AFF instructors. I’m going to start a coach course later today. The two courses are related, but very different, so that keeps it interesting. Then, when I leave here, I’ll move on to jump with first jump students. I’ll do tandems, actual AFF instruction or static line. From there, the plan is to move back to San Diego, where I work for the military as a contractor, training Navy Seals on military static line and military freefall. I’m also certifying people to pack and inspect equipment.

All of this is related and exists under the umbrella of “skydiving,” but I do something new every day. It’s never the same-old.

Us: Wait. Hang on. Are you doing tandem examining or are you actually taking people on their first skydive?

Us: …Those tandem students would be so mind blown if they knew who they were strapped to.

Jay: It is a lot of fun to do tandems. Sometimes, one of the guys I’m working will make a laughing comment to the student—along the “you don’t know who you are going with” lines—and it can be a little bit embarrassing. In essence, I’m a pretty humble person. It’s pretty rare that I would volunteer that kind of information to people unless they really ask me.

Us: We feel really lucky to have you in the extended Merit family. How do you think Merit will affect the sport of skydiving?

Jay: I got involved with Merit through a friend of mine named Dylan Avatar. I call him a friend today, but he wasn’t a friend when he first approached me about it. When I first heard from Dylan, quite honestly, I was thinking, What’s the big deal with merits, and why is it important—why should it be important? I had a lot of reservations about it.

The more I thought about it, the more I realized that merits like these have the power to legitimize the industry. Think about academics: A certificate given by Duke University means something to somebody; to a lot of somebodies. Let’s say you have a Master’s in Security Management so, based on that, you’re going to get a job and be hired by somebody because of that credibility, which is supported in this case by a certificate.

Once I started looking at it from that perspective, the value became obvious. That question—“Who really cares?!”—had a clear answer. These credentials validate training and demonstrate knowledge: mastery. These merits are a way to show that you do, in fact, have a certain amount of knowledge and credibility that you are in a position to demonstrate, that interested persons can confidently listen to you and learn from you. It is like being at a doctor or dentist and seeing that expert’s sheepskin on the wall. It makes a measurable difference, and I believe it’s the next step for our sport.

Want to take on Jay’s record? You’d better get earning. Make sure you’ve claimed your Merit profile, then start checking off the boxes! 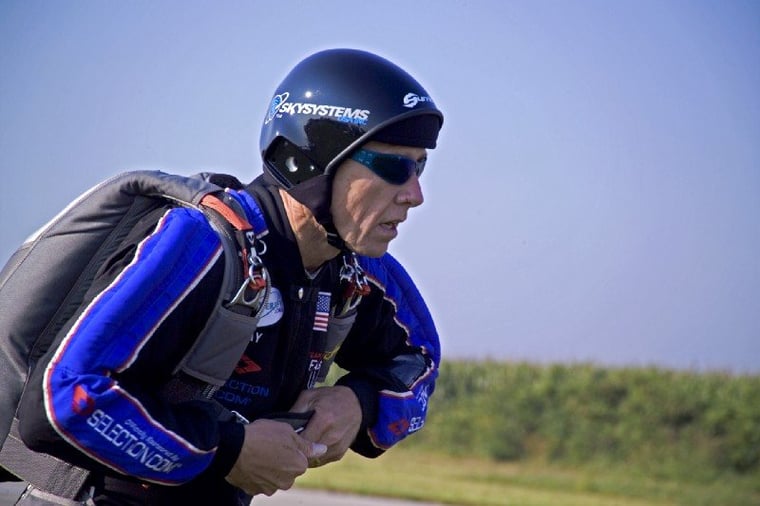