“It’s a full deck of cards,” he laughs. “I’ve been walking out of one classroom and into another for a solid six months.”

The moniker “Skydive University” (or “SDU,” as it’s generally called) is no tongue-in-cheek playact. The company needed to match the perfect seriousness of their mission—to teach the world to skydive, one person at a time—with a perfectly serious way of keeping track of merits.

To truly understand how Merit supports SDU’s process, you have to know the company’s story. Skydive University’s history reaches all the way back to 1973, when SDU’s founder, Rob Laidlaw, made his first jump. It wasn’t long at all before he started teaching and, by 1976, Rob was also an Examiner for Rigging and Instruction. Rob joined CSPA’s Safety and Training Committee in 1979, determined to make learning to skydive safer, more straightforward, and more progressive. 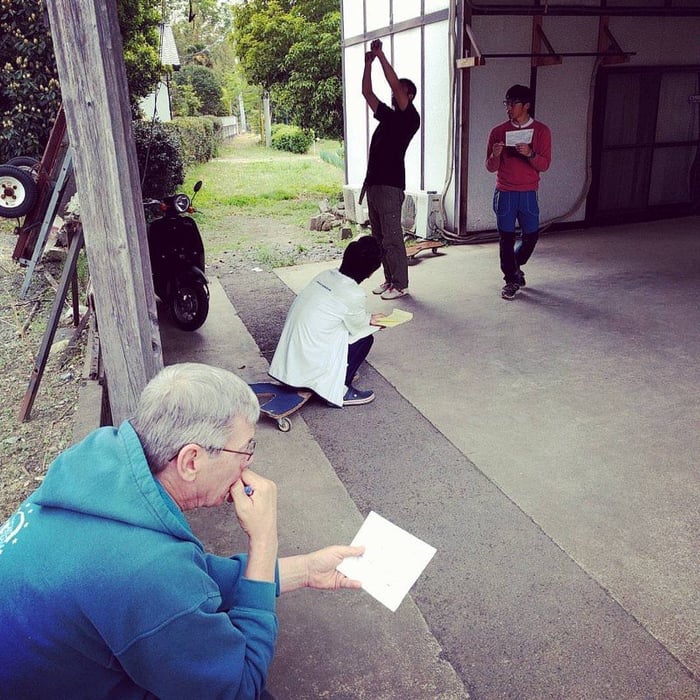 “What became Skydive University started with a group of us,” Rob explains, “that were doing high-performance international four-way coaching in Deland, Florida. We were coaching national teams to become National or World Champions, putting national teams up on the podium, and training the highest-level educators in the sport. As we worked together, we started to produce educational videos, because we found that there was a high demand for that information. The feedback was interesting: we had people come back to us saying they loved the information, but they still didn’t understand how to fly their bodies very well. We decided to frame out a program called Basic Body Flight.”

Rob and his team then set about putting together a committee—formed exclusively of either international World Champions or National Champions—to collate information for the program. They spent the mid-to-late 1980s perfecting it. The committee released their final format as a self-help program.

“Immediately,” Rob laughs, “we discovered a demand for good trainers.”

In response, the committee created the Basic Body Flight Coaches Program, which was the first iteration of what would become Skydive University. The introduction of that coach program shook the entire world of formation skydiving, because the program went so far to shift the sport’s identity from military activity to sport. Furthermore, nobody had ever seen anything so formal and so credible in the sport of skydiving when it came to coaching. Skydive University’s formalization in the early 1990s did much to instill coaching as a legitimate activity in skydiving. 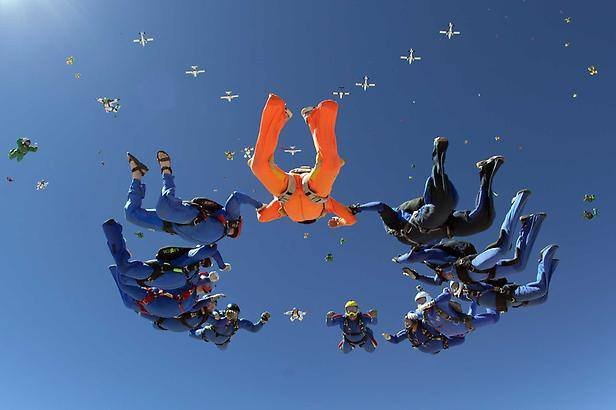 “Our goal,” Rob says, “was to create a program in Skydive University that could move a student from the basic all the way to the elite level of international competition. I’m proud to say that we’ve achieved that.”

“Back when we started, the word ‘Coach’ used to just mean ‘Load organizer,’” Rob explains. “All of a sudden, the title of ‘Coach’ meant something.”

“Our goals were twofold,” he continues, “not only to continue to put great programs out there, built from detailed and solid information, but also to develop great coaches and instructors—as well as anybody that wanted to pursue peak performance for themselves.” Skydive University was also training staff for dropzones, with the goal of creating higher-value local coaches and staff.

These days, that comprehensive mission takes the shape of what is widely acknowledged to be the most professional skydive instruction and coaching organization in the world. Skydive University coaches jumpers from their first jump through the loftiest levels of competition and instructor certification, covering all of the sport’s many disciplines. Student feedback and retention is stellar for first-jump students, and SDU’s Coaches’ Certification program is downright legendary—known globally in the sport as constituting a uniquely demanding, strenuous test for a skydiving coach to tackle.

SDU is everywhere, too. It’s recognized by (and has consulted with, or conducted entire programs for) the Parachute Associations of the USA, Brazil, Canada, Denmark, Ireland, Paraguay, as well as programs in Argentina, Belgium, Chile, Ecuador, Guatemala, Germany, Italy, Mexico, Panama, Spain, Thailand, Uruguay and Venezuela. Where requested, instruction is delivered in the native language.

With the prodigious scope that SDU covers, the necessity of reliable, at-your-fingertips recordkeeping becomes obvious. In the short time that SDU has been part of the Merit family, they’ve already realized impressive gains in efficiency and customer relationship-building.

“I missed a Parachute Industry Association symposium,” Rob remembers. “A friend of mine went, and when he came back he called me to tell me I’d missed a presentation by a company called Merit, who had something I’d probably be interested in. I heard that [Dylan Avatar, Merit Business Development] was coming to Florida, so we set up a meeting. That was last April. We started using Merit immediately.”

For Rob, Merit's immediate benefits have been bottom-line. 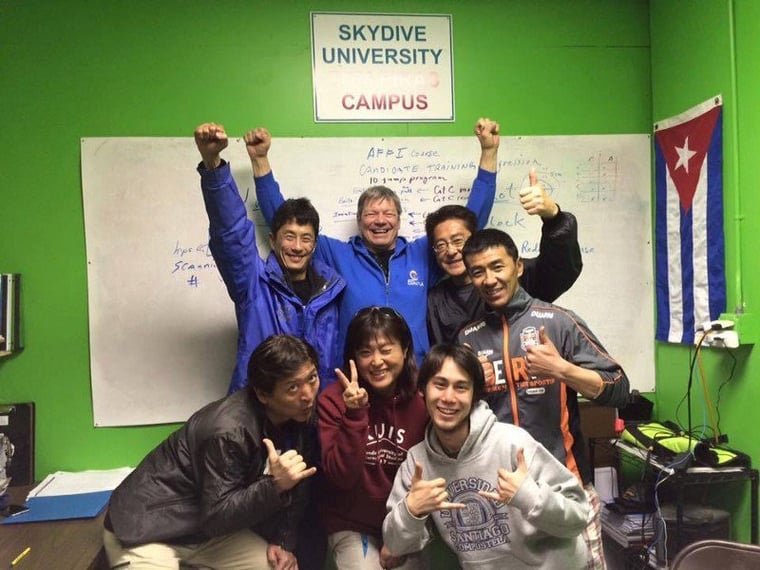 “These days,” Rob explains, “if you’re not doing followup with your customers, then you’re not growing. Merit was a really easy way to implement something professional and sharp-looking that we could use to deliver recognition to students. We look at it as follow-up to the customer relationship. The idea in the future is to have all your credentials on Merit, accessible on your smartphone, so you can go to a dropzone and instantly show your valid memberships and ratings. That’s obviously where the future is going, so we’re proud to support as it develops. Along the way, we’ll keep building the business and use Merit to help create even more success for the company down the road.”

To start—or continue—your skydiving education with Skydive University, reach out through the company website, SkydiveU.com.