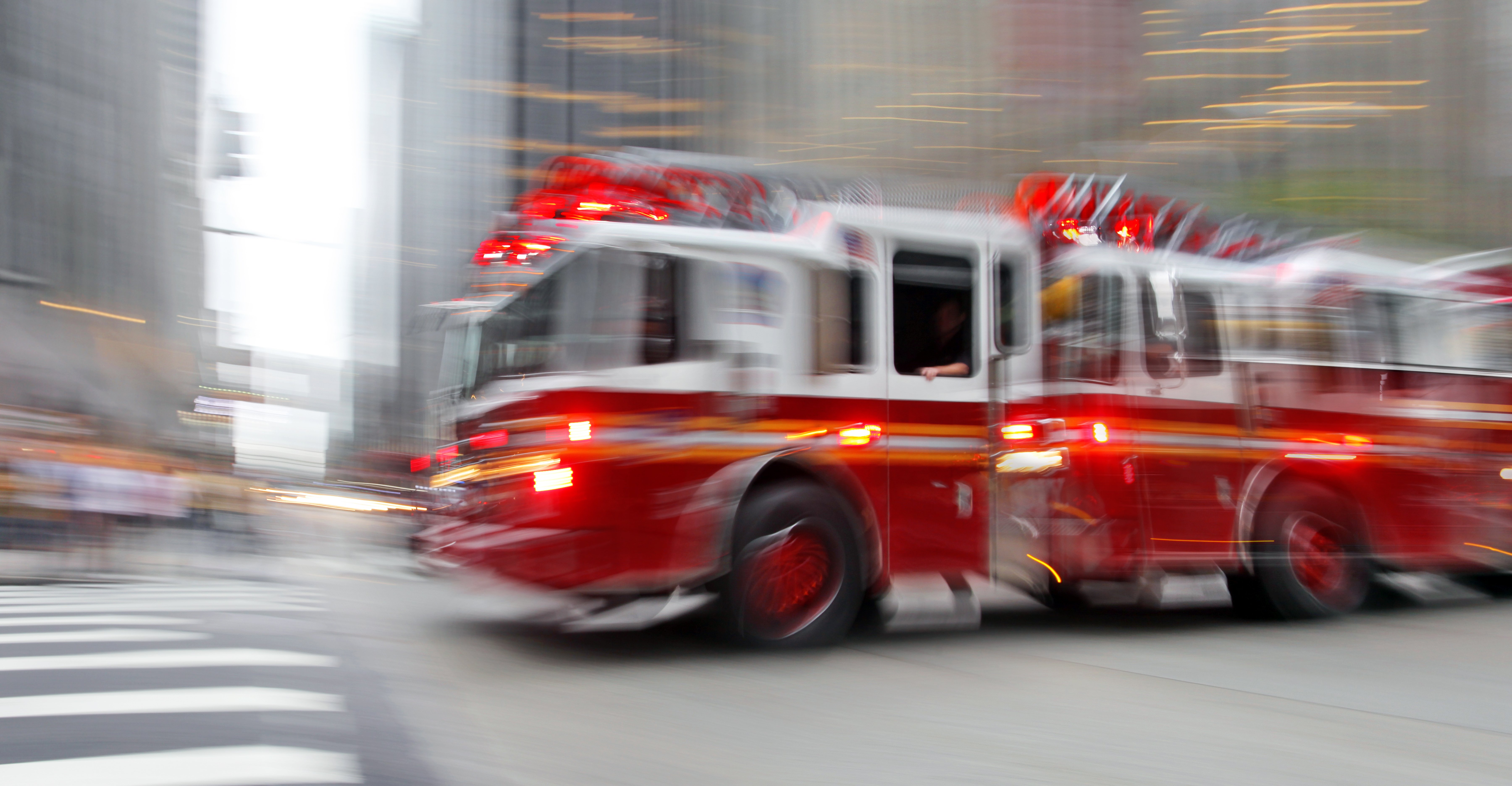 Inspiring a generation of responders

50 years ago, every Saturday night, millions of Americans sat on their psychedelic shag carpets, munched Jiffy it's-as-much-fun-to-make-as-eat Popcorn, and waited to hear the most exciting T.V. sound of the week:

It was time for Emergency, the smash-hit dramatization of fictional Los Angeles County Fire Station 51.

For the next hour, the audience "raced" to disasters with responders Johnny Gage and Roy DeSoto, Nelson Riddle's iconic theme roaring in the background. Some calls turned out to be false alarms or even comical. Who could forget the artist stuck in his modern-art sculpture, the accident-prone cook's hair tangled in an electric mixer, or the man "eaten" by his faulty fold-up sofa bed?

Other calls were for life-threatening accidents, disasters, and taboo sociomedical issues - mental health, addiction, and family violence. Decades before reality T.V., the series captivated with its simple storyline of life in a big city firehouse “family” genuinely dedicated to saving lives.

"I thought 'paramedic' meant I'd be jumping out of a plane!"
Randolph Mantooth (Johnny Gage)

Like law enforcement dramas Adam 12 and Dragnet, Emergency was just supposed to be entertainment. It unintentionally changed disaster management forever by introducing America to the unknown concept of paramedics.

Two years earlier, legislators had learned of a successful program treating cardiac patients in the field. They passed a bill regulating pre-hospital care, and The Wedworth-Townsend Paramedic Act was signed into law by then-Governor Ronald Reagan.

The law authorized the new service, but it was the weekly show that ignited the national interest. Once the public saw responders in action, they demanded, "Why can't we have that!" Five years after the show first aired, every state had its own paramedic programs and plenty of aspiring candidates to fill them.

Many say Emergency first inspired their emergency services career dreams. What was it about the show that drew so many to pursue this path? Three simple elements made the difference: the heroes, the "rigs," and the “stranger than fiction” stories.

By 1972, a decade of Star Trek had convinced young imaginations they needed warp speed and a transporter to find excitement and a sense of mission. Emergency showed instead that the critical and adventurous work of rescuing people could be as close as the house, or the mailbox next door!

Johnny Gage and Roy DeSoto enthralled as accessible super-heroes. They fearlessly ran into collapsing buildings wearing flammable oxygen tanks, armed only with Craftsmen toolboxes of medicine and the immortal Squad 51 Satphone - the cool phone you didn't need to hang on a wall!

Watching the crew pull people from danger, then start complex medical treatment on the spot fascinated and inspired. Before Johnny and Roy, the most you could hope for outside the hospital was an ambulance driver with NASCAR ambitions. The show opened up a whole new world to young people anxious to be part of a lifestyle of service that also looked adventurous.

It is undeniable that the rigs and gear drew many fans. Fire trucks have fascinated people since they first replaced "bucket brigades." They moved into children's imaginary worlds when horse-drawn pump replicas were sold as toys in 1880. They are still so popular, Amazon reports the red vehicles are among their best-selling gifts every year. LEGO created the first fire station set in 1978 and now offers 61 variations. A Google search for "firetruck" provides 42 million resources.

Emergency tapped into this affection by bringing the beloved engine to life. "Engine 51" was loaned to Universal Studios by the LACoFD with the firefighters to drive it! The 200 horsepower 1965 Crown Firecoach Triple, pumping 1,200 gallons/minute, was the last open-cab model used by the Los Angeles department.

Later in the series, Engine 51 was upgraded to a Ward LaFrance. Founded in 1916, that company specialized in fire truck designs and dominated U.S. production for decades. When the show ended, the LaFrance moved to Yosemite National Park, proudly displaying the license plate YSC E51.

There were so few "paramedic-specific" transports, that the county could not spare one for Gage and DeSoto. Design engineers at Universal Studios built a replica of one of the first paramedic-specific units using a Dodge 1972 D-300. Mantooth said developing paramedic programs scrapped their plans to use rounded station wagons because "the medics wouldn't be caught dead in anything that didn't look like Squad 51!"

Fans loved watching the firefighters washing and detailing their trucks. The Yosemite crew reported that visitors traveled to the park to take pictures with the former Emergency engine. Thousands attended the vehicles' post-restoration unveiling in 1999, and they continue to visit the Emergency rigs at the Los Angeles County Fire Museum.

The stories: "They felt real because they were real.”

"It turns out that truth is stranger than fiction."
Randolph Mantooth

Creators Robert Cinader and Jack Webb wanted everything in the show to be as authentic as possible. Cinader told writers, "I don't care if the incidents come from the L.A. fire logbooks, but they have to come from a real firehouse record."

At first, writers were upset. "What are we going to find that people will watch," they said. They shouldn't have been concerned. They never ran out of interesting material. "You couldn't make this stuff up!" actor Mantooth noted later.

A small army of consultants worked to keep the crews and the hospital scenes authentic. Many of the Station 51 team were real firefighters, and the stars went through the Los Angeles paramedic program itself. From the rigs to the medical intervention and the technology, every effort was made to keep the show true-to-life.

As with many shows from the era, episodes had their share of ham-handed humor or drama. There are unfortunate elements or scenes in the show that do not align with advances in diversity and inclusion the industry benefits from today.

Despite its shortcomings, Emergency offered a vision of first responders making their neighbors safer at great personal risk. The show resonated deeply with a public often served cynicism and moved many to embrace a career of service.

Clipboards belong in the Smithsonian!

Johnny and Roy would have done anything for verified credentials, digital badges and applications to replace paper and pencils-automatically generating shift and activity reports.

They would no more understand bringing a clipboard to a disaster site in 2022 than hauling the suitcase satellite phone, now on display in the D.C. Smithsonian Museum, instead of calling Rampart General on a cell phone.

While there is much to celebrate and miss on this 50th Anniversary of Emergency, incomplete and inefficient paper reporting tools should not be on the list!

Do this, and Tornado Alley experts (almost) guarantee you'll survive

How to make a join table with Liquibase and Gorm

A join table is the traditional tool used to define a "many-to-many" relationship in a SQL database. Here...