California Volunteers, Office of the Governor recently announced the California For All Emergency Preparedness Campaign (#CaliforniaForAll) to deploy a network of volunteers that will transform how Californians get ready for the next disaster. Gov. Gavin Newsom first announced the campaign when he declared a state of emergency due to increased risk of wildfire on March 22 as part of his California for All proposed $13.6 billion in budget resiliency. Merit is powering a key component that will enable volunteer response teams to access, track, organize, and store their diverse pre-disaster training and certifications, and time-in-the-field tracking during actual disasters through their mobile phones or other connected devices.

“Our people-centered approach will usher in a new era of emergency preparedness,” said Gov. Newsom. “We are leveraging the power of volunteerism while ensuring preparedness support and information is not only limited to those who have been privileged enough to access, understand, and afford it.”

Activating Volunteer Emergency Response Teams
The joint campaign between California Volunteers and the Governor’s Office of Emergency Services (Cal OES) invests $50 million directly into the community. It will extend the impact of volunteer and service programs to better serve more communities with emergency preparedness training, and education.

Such programs include Community Emergency Response Teams (CERT), a FEMA-recognized 20-hour emergency preparedness curriculum. Administered by California Volunteers, CERT programs will increase and further the ability to train Californians. Another includes Listos, an 8-hour Spanish language curriculum, which will be expanded into additional languages and new regions. The campaign creates new disaster teams as part of existing AmeriCorps programs to provide communities with expertise and support during disasters.

“California is taking advantage of “blue sky days” to prepare our communities,” said Karen Baker, California’s Chief Service Officer and lead of California Volunteers. “A California For All is one that empowers those often on the sidelines to access the resources they need to keep themselves and their families safe. The worst of our reality spurred by growing threats of disaster brings out the best of who we are as Californians: Rising to serve. And, the governor’s strategy builds upon this truth.”

Once formally initialized following the FEMA curriculum, CERT programs often have the best on-the-ground understanding of what skills and trainings are needed in their community, and therefore go above and beyond in the advanced education of their members.  Skills such as Stop the Bleed, Traffic and Crowd Control, and Flooding Operations are taught by these grassroots programs, but often lack for a method to know of and leverage those capabilities in disaster situations where they’re most needed. By leveraging Merit, California Volunteers will, for the first time, have a standardized view of their volunteer capacity around the State, and a uniform view of the specializations the CERT volunteers possess.  Furthermore, in disaster situations, where information and trust are most needed, Merit provides a secure, interoperable system for verifying every volunteer on-scene, allowing groups and agencies to better work together, without having previously met or collaborated.

The Origin of the Legislation and Budget
Signed into law on February 13, 2019, Assembly Bill 72 – Budget Act of 2018 allocates $30 million for California Volunteers to distribute and $20 million for Cal OES to distribute through local assistance grants. The first phase of the effort is a request for proposals (RFP) process that aims to select partners in the next two months and begin implementation by summer.

New Applications Mean Millions Recouped for States
In addition to Merit being the go-to platform for training and certification, Merit is also working with California and other disaster-prone states to become the official time keeping platform of record. States are responsible for submitting their total volunteer hours to FEMA to get reimbursed for out of pocket expenses during a disaster. Those spreadsheet-based and analog records often don’t get recorded correctly, or not at all, and states end up losing millions of dollars in potential lost reimbursed money. In fact, the state of Florida estimated that they lost more than $75M in total funds due to inadequate record keeping and time tracking for volunteer hours during hurricane Irma, which caused more than $50B in damage to the state.

Giving Back to Help Promote Adoption & Ensure Success
Merit is also the title sponsor of the National CERT Conference in San Diego on May 27-June 1.

Today we signed a MOU to usher in a partnership with @EarnMerits. This partnership will provide #CERT members with FREE cutting-edge #technology to track their engagements and preparedness trainings with one million Californians. #CaliforniaForAll #CERTstrong pic.twitter.com/va9AGUANyY 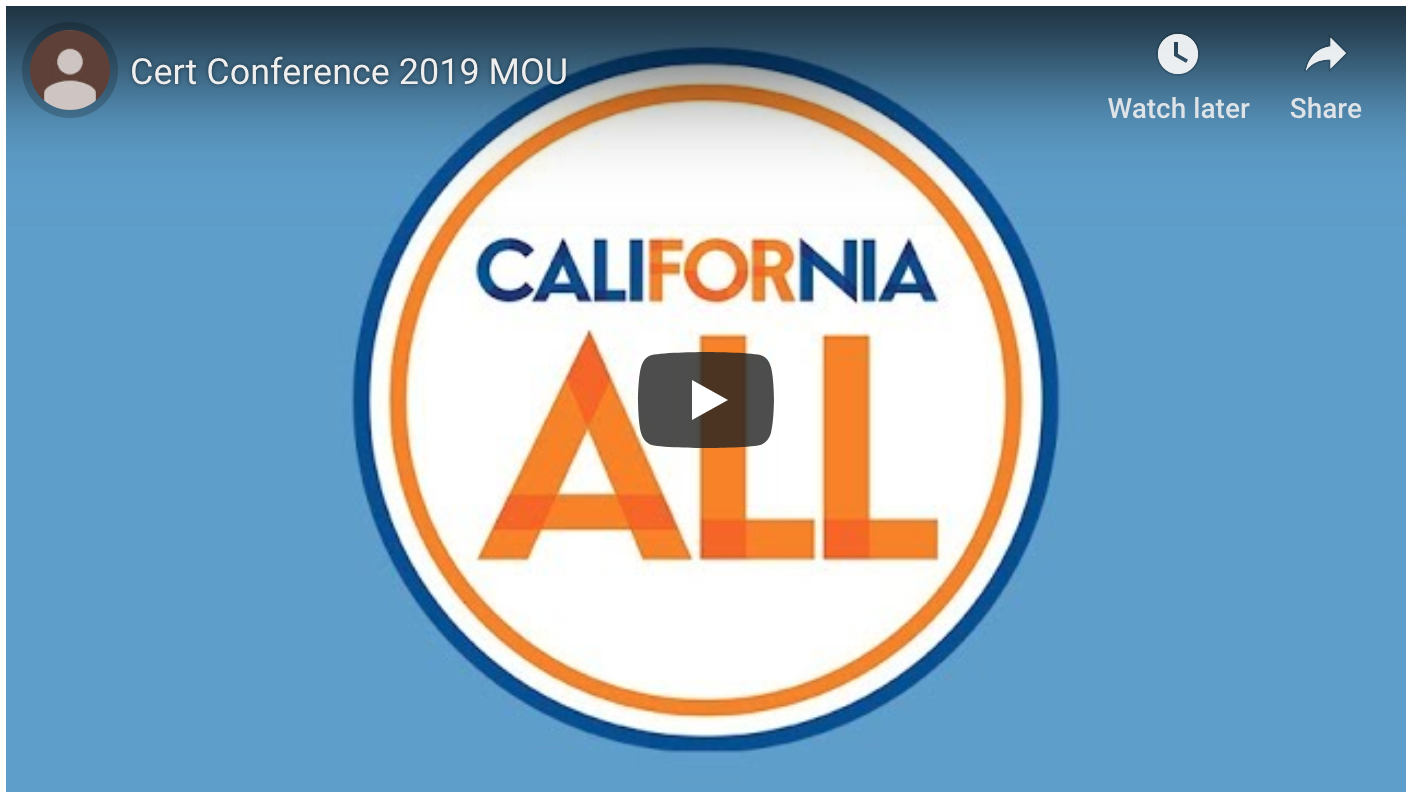 About Merit
Merit lets everyone access, track, and organize their life’s achievements giving them the confidence, autonomy, and foresight to pursue their life’s goals. Merit enables organizations to securely issue and manage digital merits in order to better engage, serve, and grow their member community. Merit offers organizations and individuals a way to leverage a single secure platform to verify their personal and professional qualifications versus relying on analog, siloed systems of paper certificates, ledgers, and plastic identification cards. Merit is based in Millbrae, CA and was founded by Tomer Kagan and Jacob Orrin in 2016. Find more information about how Merit is helping everyone shape their futures at merits.com.