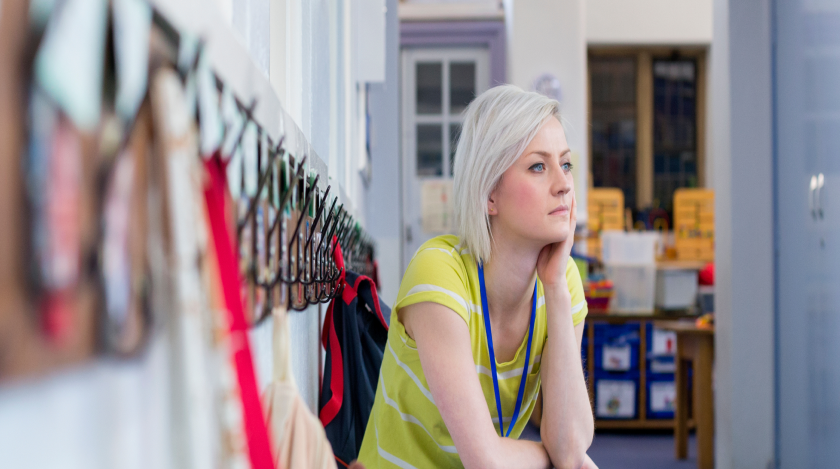 Laura Schmiegel was attending the University of Michigan Law School when she met her husband, serving in the military. After she graduated in 1996, they relocated to a new state - the first of four transfers - in six years.

At first, Laura tried to juggle studying for her new state's bar exams, given only twice a year, with working. She had just enough time to start practicing before learning about the next transfer. Eventually, she gave up the career she had spent seven years building.

Countless military spouses identify with these struggles. Most states require out-of-state professionals, including those whose spouses serve in the U.S. military, to take additional classes and training before obtaining a license.

Deeply frustrated, Laura joined close friends and founded Blue Star Families. Their goal was to eliminate common, senseless obstacles to the professional and family development of those in uniform and their spouses.

She realized, "Employment challenges, and specifically, licensure challenges are one of the most significant issues facing military spouses in terms of their career progression."

"This is a fully solvable problem." Tomer Kagan, Merit CEO

On Monday, October 19, 2022, Laura shared her story at the official launch of the Alliance for States Providing Interoperable Reciprocity (ASPIRE) at the National Press Club in Washington, D.C.

In addition to advocates like former Maryland Governor Martin O'Malley, who has been fighting for license reciprocity for ten years, ASPIRE welcomed new friends to the movement, eager to push this critical policy across the finish line.

Though 16 states have passed measures that mandate or enable reciprocity for military families, no central platform has existed until now to promote interstate recognition and cooperation.

"My family had to separate for several years."

Terron Sims, U.S. Army Veteran & Merit Advisor on Military Affairs, is a fourth-generation veteran and the son of a Marine. He attended nine schools from kindergarten to ninth grade.

He explained how his family suffered because of burdensome licensing practices:

When my family was stationed in New Orleans, it took my mom several months to find employment. She took that life lesson learned. So when my dad took command at Camp LeJeune three years later, we remained in Northern Virginia because my mom had a job as an accountant in a company that she very much liked. As far as she was concerned, moving to North Carolina was not an option because she could not afford to interrupt her employment.

"I ended up a homeless veteran."

Ginger Miller, Founder, and CEO of Women Veterans Interactive Foundation, is a disabled veteran. Medically discharged from the military, she struggled to translate her license into a family-supporting career. In addition to caring for her husband suffering from PTSD, she worked three jobs and went to school full time. She succeeded in lifting her family out of poverty.

I want to speak of economic empowerment. What you're doing right now is making it easier for those of us who have worn that uniform along with our spouses to get those jobs that we need to feed our families. These are hard economic times. You're going to put something in the palm of our hands to make one aspect of the transition a little bit easier. You'll reduce the stress and anxiety we feel during the transition.

The ability to easily transfer professional and occupational licenses will significantly reduce the stress and anxiety felt by families who struggle financially with each move.

Elected officials can confidently support interstate license reciprocity because most constituents do - regardless of their political affiliation.

"The technology for license reciprocity exists. We built it."

The technology to do this exists. We know because we've built it. What remains now is the will to finish this - take these programs, and instead of making people's lives harder, make people's lives better.

You can help our military families today

To learn more about the ASPIRE coalition, visit us here.